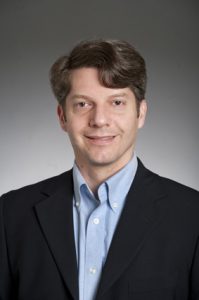 Alex John London, PhD., is Professor of Philosophy and Director of The Center for Ethics and Policy at Carnegie Mellon University.  An elected Fellow of the Hastings Center, his research focuses on foundational ethical issues in human-subjects research, issues of social justice in the trans-national context, and methodological issues in theoretical and applied ethics. His papers have appeared in Science, The Lancet, PLoS Medicine, Statistics In Medicine, The Hastings Center Report, and numerous other journals and collections. He is co-editor of Ethical Issues in Modern Medicine, one of the most widely used textbooks in medical ethics, and has been commissioned to write papers for the U. S. Centers for Disease Control and Prevention and the Institute of Medicine.  Since 2007 he has served as a member of the Ethics Working Group of the HIV Prevention Trials Network and in 2011 he was appointed to the Steering Committee on Forensic Science Programs for the International Commission on Missing Persons.  He has testified before the U.S. Presidential Commission for the Study of Bioethical Issues and served as an ethics expert in consultations with the World Health Organization, the World Medical Association, the U.S. National Institutes of Health and the World Bank.